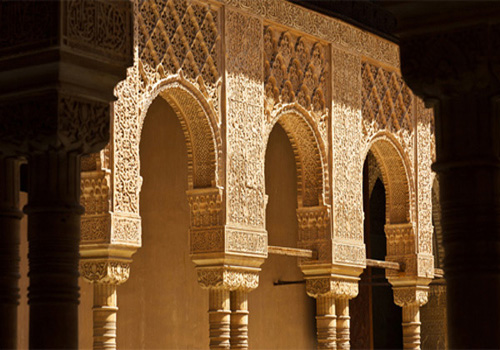 A comprehensive study of the Messengers and the Message as well as the belief in the Divine Decree and Will. (Prerequisites: Aqeedah I)

Acquaint the Students with the basic concepts of the course: Islamic Creed II. Provide a brief analysis of the Islamic perspective of studying Aqeedah. Shed light on the proper way to approach the ambiguous issues surrounding divine decree/messengers. Clarify differences between Islam and other faiths on this topic. Understand the core qualities of a Prophet and Messenger. Study the Proofs of Prophethood. Study the Miracles of the various Messengers. Study the infallibity of the Prophets and Messengers. Study the various scriptures and their core features. Study the core elements of understanding Divine Decree. Learn the differences between Qadaa and Qadr. Answer the problematic question of predestination. Understand the concept of evil and how to cope with it. (3 credits)

Dr. Ahmad Kobeisy obtained his B.A. in Islamic Studies, College of Hadith and Islamic Studies, Islamic University, Medina, Saudi Arabia, 1985.
He received his Diploma in religion and teaching methodology, College of Da`wah and Graduate Studies, The Islamic University, Medina, Saudi Arabia, 1985.
He received his M.S. in Counselor Education/Educational Psychology, School of Education, Syracuse University, 1993.
He went on to obtain his Ph.D. in Social Sciences from the Maxwell School of Citizenship and Public Affairs, Syracuse University, 2001.
He wrote the first book on counseling American Muslims entitled: “Counseling American Muslims: Understanding the Faith and Helping the People”, 2004.
He has served as an Adjunct Professor at many universities and academic institutions including Syracuse University and Hartford Seminary.
He has also served the community as an Imam, chaplain, and counselor in the Upstate NY area for the past several years.