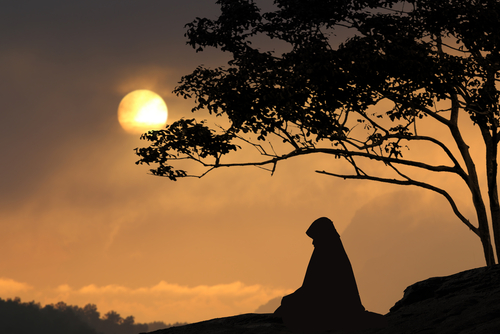 The month of Dhul Hijjah is about to begin, bringing with it an opportunity of a lifetime. Allah (‘azza wa jall) out of His infinite wisdom and mercy has not created all periods of time equally, but instead has favored and honored some over others. So not all months are equal (Ramadaan is the best), not all nights are equal (laylatul Qadr is the greatest night), not all days are equal (‘Arafa is the day on which the most people are freed from the fire), there are times when a person’s supplication is more likely to be accepted, etc. These special seasons of worship give us extra opportunities to attain the forgiveness and pleasure of Allah. As believers we should be aware of these extra special times and strive to take advantage of them.

Allah (‘azza wa jall) chose the first ten days of Dhul Hijjah to be the greatest days of the year. He honored them by swearing by them in the Qur’an:

“وَالْفَجْرِ، وَلَيَالٍ عَشْرٍ”
“By the dawn, and by the 10 nights,” [Qur’an, 89:1-2]. Ibn ‘Abbas, Ibn al-Zubayr, Mujahid and others of the earlier and later generations said that this refers to the first ten days of Dhul Hijjah. Ibn Katheer said: “This is the correct opinion.” [Tafsir Ibn Kathir]

The Prophet (ﷺ) also elucidated the significance of these ten days:

And he (saw) said: “The best days of this world are these ten.” (Narrated by Al-Bazzar and authenticated by Al-Albani.)

Since it is obvious that these 10 days are the best  days of the year and an excellent occasion for us to take advantage of the extra blessings, we must strive to avail of this special opportunity. Maybe some of us didn’t take full advantage of Ramadan, or maybe we missed out on Laylatul Qadr, or maybe our worship has decreased since then. We need to realize that Allah is so merciful in giving us another chance after Ramadan to repent, to do good deeds, to be forgiven. So how can we work hard to reap the fruits of this special time and draw nearer to our Creator and be among those special servants who will be freed from the fire?

The Plan of Action for these 10 days:

1. Really feel this blessing and realize that it is an opportunity of a lifetime, because none of us know if we will witness these 10 days again.

Khalid bin Mi`dan used to say: “If the door for good is opened for one of you, then rush (to take advantage) because you don’t know when it will close.” [Siyar A’lam Al-nubala 2/541]

2. Have high aspirations in your worship and use the examples of the ijtihad (diligence) of the saliheen (righteous) as motivation. It is narrated from some of the sahabah and tabi’een that when the first ten days arrived they used to take advantage and worship in them as much as they could to the extent that they could not do anything more!

3. Take advantage of the opportunities to get the reward of Hajj (pilgrimage to Mecca) while being elsewhere.

The Prophet ﷺ said: “Whoever prays fajr in congregation and then sits in remembrance of Allah until the sun rises, then prays two rak`aat, he has the full reward of Hajj and `umrah (the lesser pilgrimage).” [At-Tirmidhi]

Often we become busy trying to do extra deeds, but neglect the fact that perhaps maybe what is obligatory upon us is not at the level it should be. There is no way for a person to become close to Allah other than through the obligatory actions, as is apparent in the famous hadith qudsi (sacred narration) in which Allah (‘azza wa jall) says: “My servant does not become closer to me by anything more beloved to me than what I have obligated upon him.” [Bukhari]

It is equivalent to more than half a million hasanaat during these days! Let’s try to complete the recitation of the Qur’an during these days, ending by `Asr time on the day of `Arafah and spending from `Asr to Magrhib in du`a’.

Qintar (the root of muqantareen) is equal to 70,000 dinar so the amount of rewards is huge! The recitation of the just last two ajzaa’ (parts) of the Qur’an is equivalent to 1,000 verses.

3. Extra Salah During the Day:

The Prophet ﷺ said: “There is not a Muslim who prays twelve rakaat per day, other than the obligatory prayers, except that a palace is built for him in paradise.” [An-Nasa’i]

4. Dhikr: The best form of worship to do in these 10 days as apparent in the hadith (narration):

Ibn `Umar said that the Messenger of Allah (saw) said, “There is no day more honorable in Allah‘s sight and no acts more beloved therein to Allah than those in these ten days. So say tahlil [‘There is no deity worthy of worship but Allah: La ilaha illAllah‘], takbir [‘Allah is the greatest: Allahu akbar‘] and tahmid [‘All praise is due to Allah: alhumdulillah‘] a lot.” [Ahmad]

The Messenger of Allah (saw) said, “The best dua’ is dua’ on the day of `Arafah, and the best thing that I or the Prophets before me have said is ‘There is no god but Allah, alone, without any partner’ [La ilaha illa’llah, wahdahu la sharika lah].” [Muwatta, Malik].

Dhikr and istighfar (seeking Allah’s forgiveness) can be done at any time and any place, so while we have to do mundane chores, wait in lines, drive, etc. we should spend that time in the remembrance of Allah.

Ibn `Umar and Abu Hurairah (R) used to go out in the marketplace during the first ten days of Dhul-Hijjah, reciting takbir, and the people would recite takbir when they heard them. [Bukhari]

The reward of fasting is great, so imagine how much that reward would be multiplied in these days. The Prophet (saw) said, “He who observes Saum (fasting) for a day in the Cause of Allah, Allah will keep his face from Hell-fire at a distance equivalent to that between heaven and the earth.” [At- Tirmidhi].

Especially on the day of `Arafah, but also at any time. Keep in mind the times where du`a’ is more likely to be accepted and ask during those times: the last third of the night; between the adhaan and iqaamah; during the rain; in sujood; on Friday; and while fasting.

Give sadaqa during these days, since the reward is multiplied tremendously even if it’s just a small amount. It also doesn’t have to be monetary as even a smile can be charity.

Continually renew repentance as the door of repentance is always open.

13. Check and renew intentions at all times.

The Day of `Eid

2. Remain focused as it is still part of the first 10 days which are the best days of the year! Try not to get too caught up in celebrating that you stop doing the worship that you were doing the first 9 days.

May Allah enable us to take advantage of these precious days and accept from us our effort.