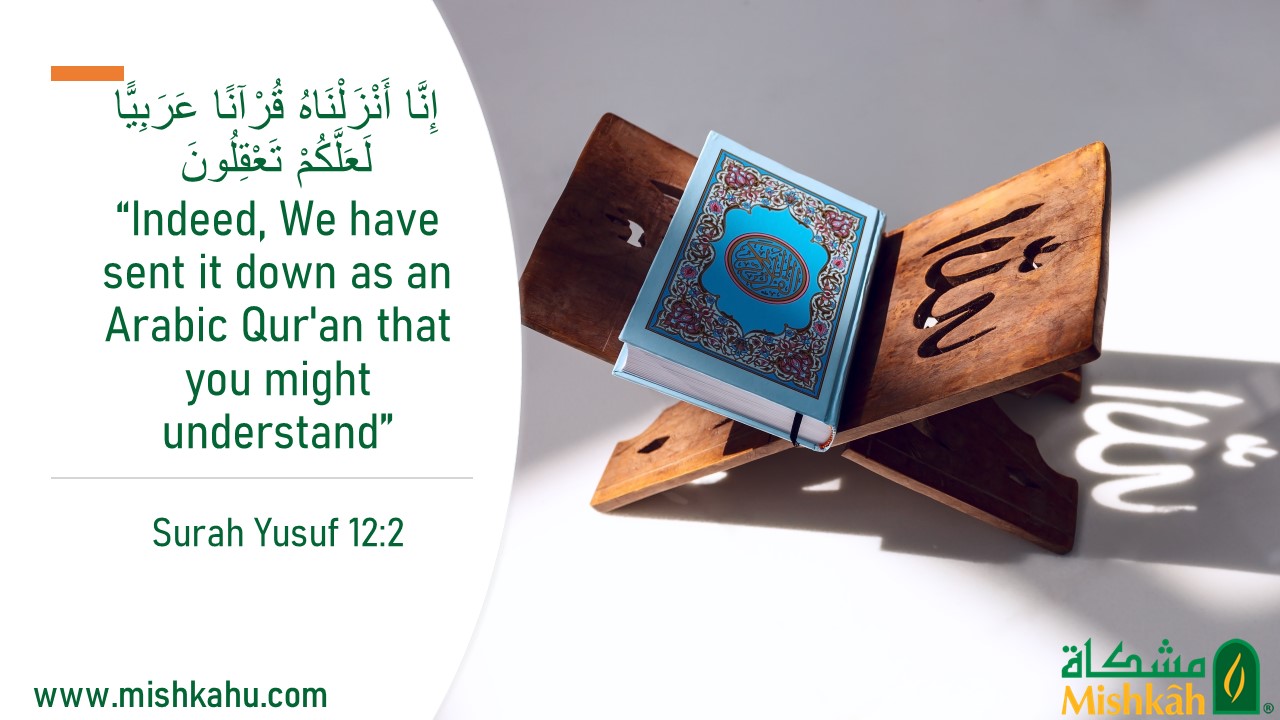 Below is our featured article from our latest newsletter. You can view the full newsletter at Why an Arabic Quran?

The article below is an excerpt of Sh Mohammad Elshinawy’s reflections on Surah Yusuf #YusufTaughtMe, which are published on his Facebook page and Quranreflect.com.
“We have sent it down as an Arabic Quran so that you may understand.”
Isn’t it fascinating how a Book that is universal in its message is Arabic in its language? Doesn’t it strike you as interesting how the All-Knowing elected Arabic as the means to understand the Quran, while knowing that a large sector of humanity does not understand Arabic? To appreciate the divine wisdom of this choice, realize that humanity does not have a universal language that they all understand, which leaves us with three options to consider:
“We have sent it down as an Arabic Quran so that you may understand.”
The mention of the Quran being in Arabic is an alert to those who read it in other languages. This preempts for them the natural failures of translation they will find, but also prevents any re-packaging of the Quran from ever being considered an acceptable equivalent. This second wisdom shined many times during recent centuries, when tyrannical regimes and colonialists attempted to outlaw the Arabic language, or dissuade the masses from using it. While the lands of the Muslims were conquerable, the love of the Quran in their hearts was not. And so every time they opened the immortal Book, even the translated passages about the Quran being in Arabic sounded the alarms within them: Do not be deceived by me; I am but the inferior substitute. (Inspired by ٍSh ‘Abdullah al-‘Alami)
“We have sent it down as an Arabic Quran so that you may understand.”
Studying Arabic to better understand the Qur’an is paramount. Great scholars like Imam ash-Shafi’i (Allah bestow mercy on him) even championed that exerting an effort to learn Arabic is a religious duty on every Muslim. Arabic literacy also has profound political and social significance. It is the subtle commonality which Allah used as the cementing force between the joints of this vast Ummah; the thread by which He weaved together the fraternity of this beautiful global community.